British painter and printmaker of Portuguese birth. She trained at the Slade School of Fine Art. There she met the English painter Victor Willing (1928–88) They continued to divide their time between Portugal and England until 1975. She first won acclaim in Portugal with semi abstract paintings. In 1976 Rego returned to London with her husband, and in the late 1970s she turned from collage to drawing directly in acrylic on paper.
She has worked with the Curwen Press in the production of her graphics. 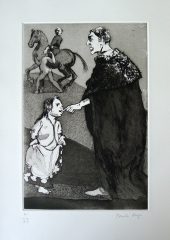 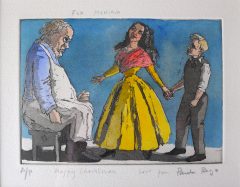