The photographic film sheet has a design in black. This was used to make the screen print ‘Circle E’ as described in the Baro catalogue no.51. The film was used to transfer  the design onto a screen print or etching plate. There are a few small minor dents in the film, else in good condition. Made in 1971. Unsigned. 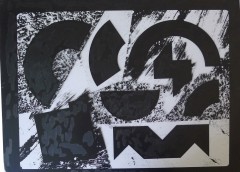 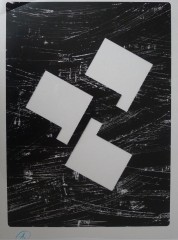 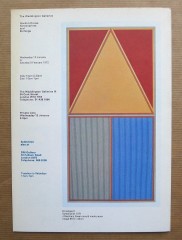